SARECO is currently working on a new concept for parking in developing countries metropolises.

In 2009, for the first time more cars were sold in China than in the United States but equipment rate remains very low, around a tenth of the rates observed in western countries. However, Beijing area is already suffering congestion.

Thus in developing countries, metropolises with emerging car markets will soon be facing important congestion and huge road investments. To avoid such things without going against car ownership legitimate desire, proactive parking policy is one solution.

The idea is to make on-street car parking expensive in the inner and dynamic city centre. Indeed, we know from mature markets that over a certain level of constraint (including parking rates) drivers search for alternative such as public transportation, carpooling…

At first sight, this idea seems strange. Why should developing countries face the risk of destabilizing their car market with deterrent measures and invest massively in public transport rather than in roads?

The truth is quite different for several reasons:

Besides, there are many advantages to the solution:

Finally, it is a very progressive solution since the paying parking area can be extended step by step and parking rates increases can be stopped and resumed.

In short, setting up a proactive policy towards parking rates in city centres urges to prevent developing metropolises from huge investment wastes and environmental side effects. It is an obvious and sustainable way to optimize transport systems and face car ownership boom. 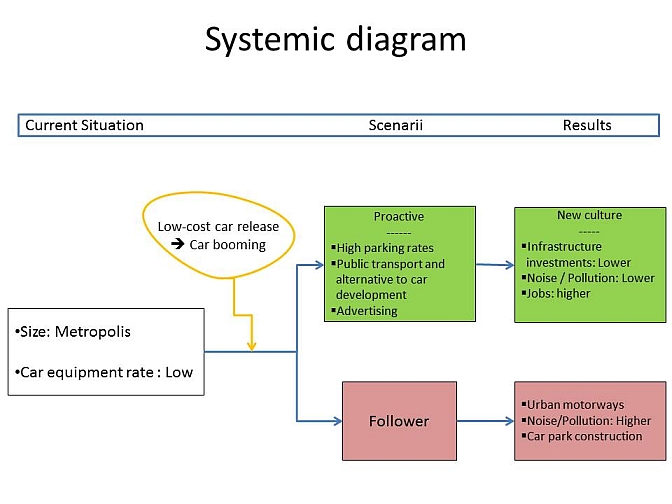